N. de Warren: Husserl and the promise of time

Rereadings Husserl on time and subjectivity

“Quid est ergo tempus? si nemo ex me quaerat, scio; si quaerenti explicare velim, nescio”. Augustine’s statement made 1,600 years ago still rings true. Paul Ricoeur goes so far as to assert that it is impossible to grasp time conceptually (Ricoeur 1984: 11 ff.). Nevertheless, or perhaps due to these aporias, time remains one of the most significant and intriguing themes for human imagination and philosophy. Nearly a century ago Edmund Husserl raised the hopes for a comprehensive philosophy of time with his Phenomenology of the Consciousness of Internal Time, published much later in 1928 by Martin Heidegger (but put together in most part by Edith Stein). Husserl’s subsequent steps on the stairway to a philosophy of time remained unpublished until the recent volumes Husserl (2001, 2006). These publications have awakened new interest in Husserl’s philosophy of time, and two recent monographs reconstruct and interpret it with a focus on subjectivity. 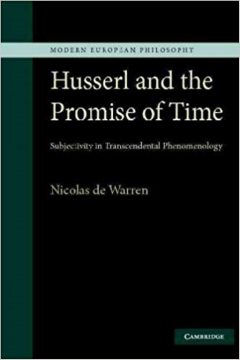 Husserl and the promise of time: Subjectivity in transcendental phenomenology